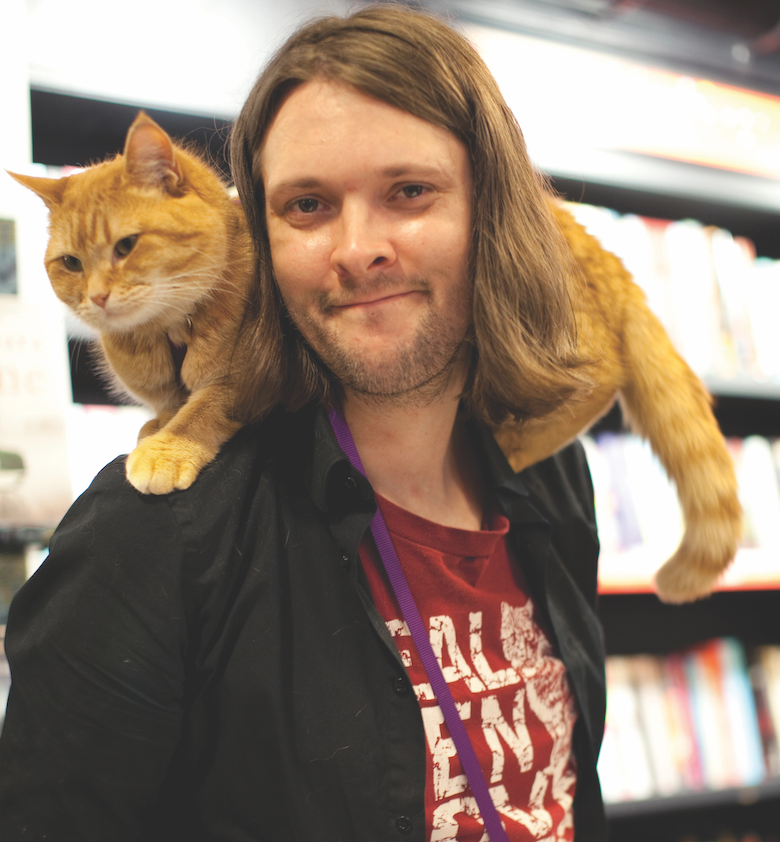 
Usually, it is we humans who get the credit for rescuing cats — but as many of us can attest, our cats rescue us, too, if anything from emotional voids. In the particularly poignant case of one famous cat, the question is a toss-up: Did James the human, a recovering drug addict, rescue Bob the cat, whom he found injured and abandoned? Or was it the other way around?

James Bowen, a British man, says it is all on his beloved Bob, who died in June after at least 14 years of life.

“Bob saved my life. It’s as simple as that,” James said in a written statement about his cat, who touched millions of fans’ lives throughout the world. “He gave me so much more than companionship. With him at my side, I found a direction and a purpose that I’d been missing.”

When James found Bob in 2007, he started caring for the sweet, orange tabby, and the two became inseparable. James, who sold newspapers on London streets, and Bob became famous in 2012, when their remarkable story was published in the bestselling book A Street Cat Named Bob: And How He Saved My Life.

Three sequels followed: The World According to Bob: The Further Adventures of One Man and His Streetwise Cat, A Gift from Bob: How a Street Cat Helped One Man Learn the Meaning of Christmas, and The Little Book of Bob: Life Lessons from a Streetwise Cat. The original book became a movie in 2016 featuring the real Bob as himself — and in 2021, Bob will again appear in a movie sequel, A Gift from Bob.

Sweet Bob’s spirit will live on through his books and movies, through his fans, and especially in James’ heart.

“I feel like the light has gone out in my life,” James said. “I will never forget him.”

How to Choose the Best Cat Subscription Box
Pint-sized Kitten Found in a Bush, Blossoms into Beautiful, Brave Calico
Which of these CLUMSY ANIMALS is the FUNNIEST? 😆
FORGET CATS, HUSKIES are the FUNNIEST ANIMALS!
Kittens Keep Each Other Strong Through Thick and Thin and Insist on Being Together All the Time