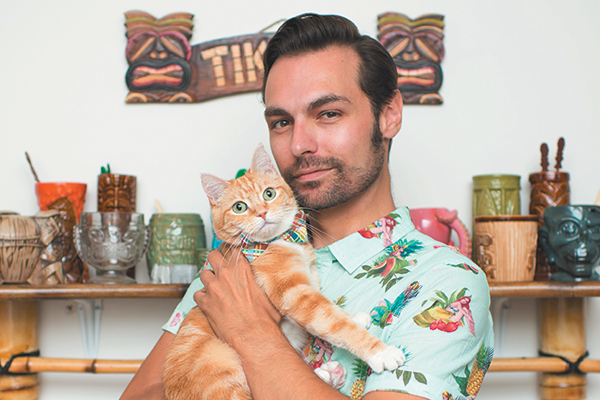 
There’s never been a better time to declare yourself a cat person. Long gone are the days when the epithet came with negative or even “crazy” connotations.

In fact, the feline has risen to such a point of prominence that it’s impossible to dip into the pop culture world without hearing the endearing purr of a cat in the background. But while felines are everywhere, what do you really need to do to become a fully paid-up member of the cat person club? How can you max out your kitty credentials?

First stop: Infuse your personal style sensibility with some feline swagger. Instagram is a top tool for inspiration. The photo-sharing social media app is a treasure trove of kitty-themed eye candy. If you’ve ever considered inking a cat on your body, this is the place that will confirm your decision.

Plug in the hashtag #cattatoos and you’ll be bombarded with a mix of artful, cross-hatched black and white portraits of felines, vibrant, anime-styled depictions of cartoon cats and even some wild-style geometric and sci-fi inspired tattoos of kitties. 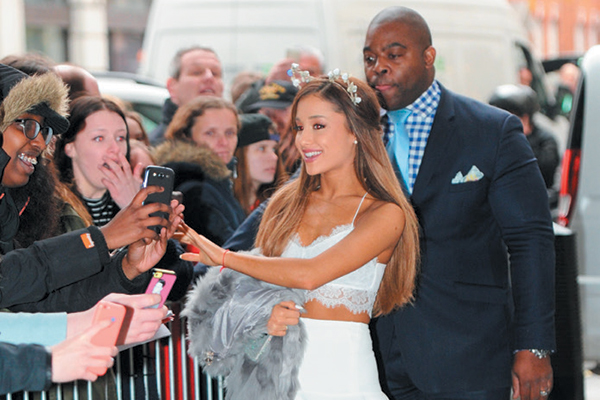 If committing to a cat tattoo seems a little too permanent for you, venture to your local craft market — or the online equivalent, Etsy — to pick up artisan cat accoutrements like tote bags, key chains and art prints.

My girlfriend sourced a ring that features perky cat ear silhouettes on a recent trip to an art boutique in Philadelphia; I myself have a cat sticker on the front of my bicycle helmet, right next to graphics from local breweries and indie record labels. I suspect I’m not alone in broadcasting my cat obsession to the world: These days you’ll find a burgeoning clowder of men proudly referring to themselves as cat daddies while sporting T-shirts with kittens on them. 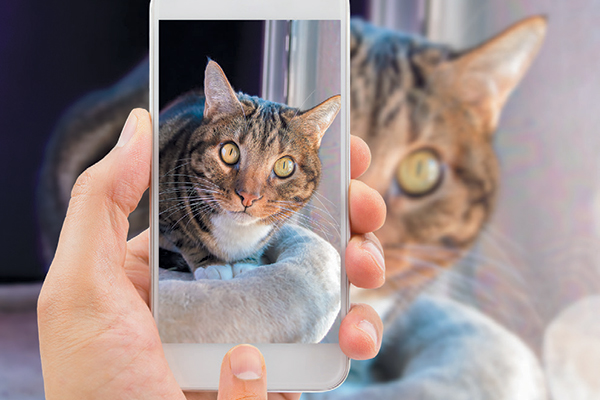 While you’re browsing social media for inspiration, join the millions of cat owners who have set up Facebook and Instagram accounts devoted to their own furball. Once you’ve selected your debut picture, use popular hashtags like #catsofinstagram and #catoftheday to put yourself on the radar of fellow feline fanciers.

Also, think about embracing your cat’s niche. The unfairly shunned black cats have their own following — the black_cat_crew account helps spread the love — while special-needs cat owners find support and inspiration by tagging photos with their feline’s particular quirk, like using #tripodcats for three-legged kitties. Whichever part of the photo-sharing scene you settle into, play up your kitty’s unique personality and oddball tendencies to help build a following.

So many ways to give back 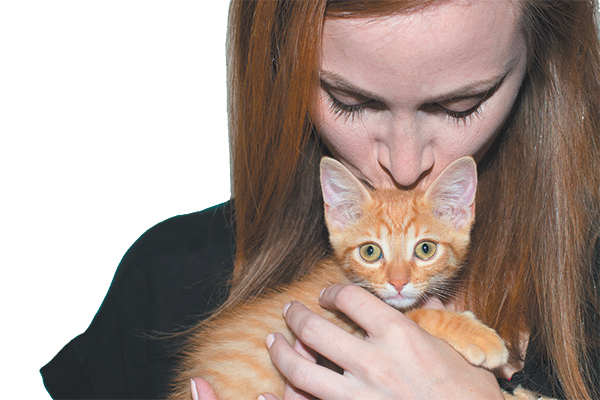 Back in the physical world, contemporary cat people are all about pawing it forward by helping out local shelters and rescues. I once spent a couple of weeks rescuing an abandoned smoke-colored kitten from the rooftop of a six-story New York City apartment building. I didn’t live in the building, so I had to stake it out, wait for someone to leave and then sneak in and up to the rooftop to feed the cat (whom we named Jiji Bear).

I found a guy attempting to start up his own cat rescue nearby, and he assisted me in finally rescuing the kitten. (She was adopted by a friend.) That was my introduction to the world of local volunteerism — but your entry point doesn’t need to be as drawn-out and dramatic. If you see someone feeding a feral colony, offer to swing by with some cans of food. Likewise, shelters always need help: Donate food and toys that your own pampered kitty has turned her nose up at, or get your hands dirty and offer to clean out some litter boxes. After all, every cat deserves a clean poop station.

At this point, preparing to soup up your modern cat person credentials might be making you thirsty. You’re in luck! These days, the craft beer scene has a strong commitment to cats: Breweries like Forgotten Boardwalk, Maine Beer Company and Newburgh Brewing Company have named and designed beers after rescue cats that now stalk their tap rooms, and they often organize benefit nights for local shelters.

What if wine is more your tipple? Well, you’ll be pleased to know bottles of vino with cat-themed labels abound; my favorite is Nein Lives, a German Riesling which features cartoon cats perishing in a series of comic ways after letting their curiosity get the better of them. (A wine glass with the slogan, “It’s not drinking alone if your cat’s home” is also standard protocol.) Oh, and don’t forget to bring things full circle by pouring out a little (non-alcoholic) cat wine into a saucer for your own feline: I believe this year’s Catbernet is the vintage of choice for the upcoming fall nights…

Phillip Mlynar likes to consider himself the world’s foremost expert on rapper’s cats. When not chronicling the antics of his rescue, Mimosa, for Catster, his musings on music can be found at Red Bull Music Academy, the Village Voice and NYLON. He’s won a number of awards at the Cat Writer’s Association Communication Contests, some of which are proudly on display at his local dive bar.

Editor’s note: Have you seen the new Catster print magazine in stores? Or in the waiting area of your vet’s office? This article appeared in our September/October issue. Click here to subscribe to Catster and get the bimonthly magazine delivered to your home.

Family Took in Pint-sized Kitten After He Was Found All Alone on the Street
Let’s Talk About Cats – The Cat Podcast You Should be Listening to
He surprised me with KITTENS!
Kittens Meet Puppies For The First Time
Henry the Search Cat is on the Case