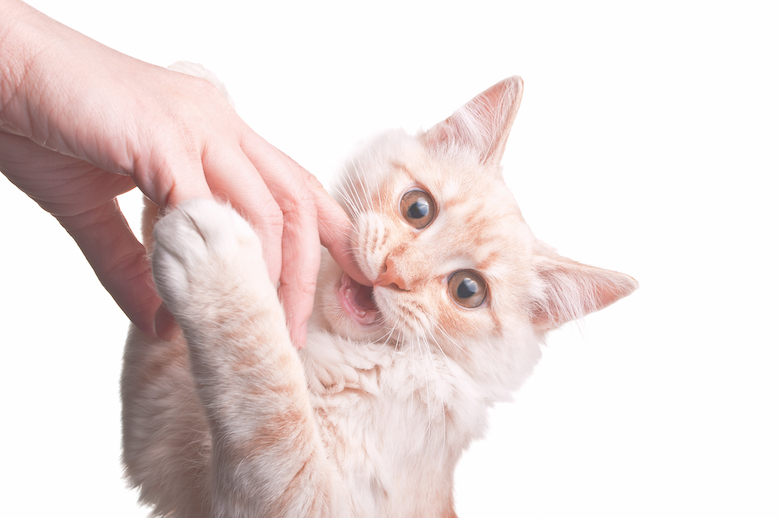 
Eric A. says after his cat suffered severe complications during routine surgery, he and his husband called a lawyer. “We want justice,” Eric says.

Ann S. says after her kitten got injured at a neighbor’s house, she called a lawyer. “It felt good calling, so somebody could handle this for me,” she says.

Paula K. says after her cat jumped out an animal hospital’s window, she called a lawyer. “I didn’t know how to have my voice heard,” she says.

Steven W. says after his ex demanded custody of the cats, he called a lawyer. “My colleague said, ‘I really think you’re going to need a pet lawyer,’” Steven says.

A pet lawyer? Yup. We found the number of attorneys specializing in helping four-legged family members are growing, and so is animal law.

Attorney Jeremy Cohen, who started the firm Boston Dog Lawyers, with the motto: “It’s time to bark back,” may soon have to consider adding a catchy cat slogan to his marquee. “I’d say probably 20% of our calls are now cat owners,” Jeremy says. “I have found judges are certainly taking the cases seriously.”

Eric, Ann, Paula and Steven all hired Jeremy to represent them in their ongoing legal fights.

Eric says his 6-year-old cat went into cardiac arrest during a teeth cleaning, but the vet revived her using CPR. “It was crazy,” Eric says. He picked up his cat and raced her to the emergency room. She was put on a ventilator but was in terrible shape. He and his husband made the gut-wrenching decision to let her go. They are now suing for malpractice.

“We are devastated,” Eric says.

Ann says a neighbor invited her kitten over to play, and when she picked him up, his leg was broken. “He needed surgery,” Ann says. “It was so upsetting.”

She is demanding the neighbor help pay the $5,000 bill. “They refused to take responsibility,” Ann says. “If it were me, I would feel responsible. It’s similar to if I loan you my car and you get into an accident, you or your insurance is going to pay for the damage.”

Paula says her horrifying ordeal started as a nail trim at the vet. “My cat got spooked and started running around the clinic, climbing the walls to find a way out,” Paula says. “Unfortunately, he found his way out of an open window. He went through the screen.”

She bolted into action. “I screamed like I’ve never screamed. I ran out of the office!” But her cat was gone. Paula never stopped searching. After five months, someone finally found her cat. He was gravely ill, recovered, but now has ongoing health issues.

Paula wants the vet clinic to pay for his medical bills. “It breaks my heart we have to do this,” she says. 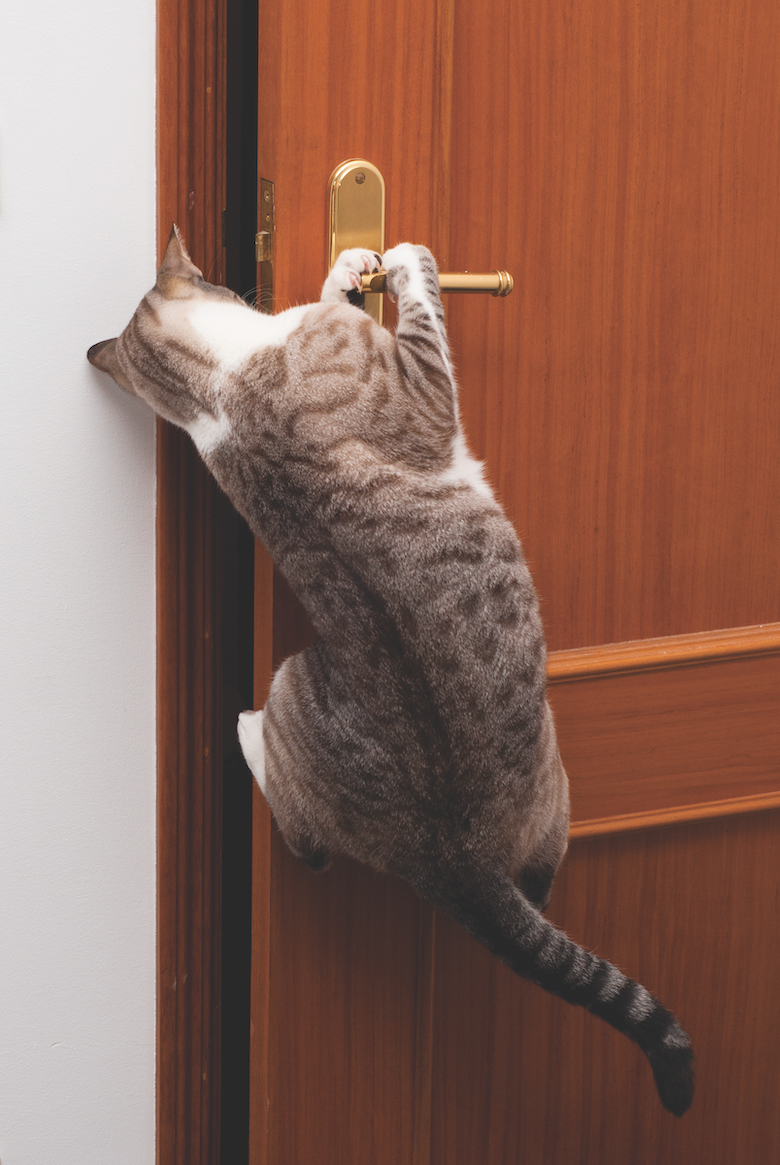 the expansion of animal law is reflective
of people’s devotion to their pets. Owners are paying new breeds of attorneys trained to take on tough cases. Photo: rudolfoelias | Getty Images

Steven says he was able to show he was the best pet parent and had all the records to prove it. He won his custody dispute. “The cats are my kids. I love them,” he says. “I’m lucky to have the money to pay for a pet lawyer.”
Animal attorneys say cat custody is one of the most frequent calls they get. “People are emotionally invested,” Jeremy says. “They think they’re the best owner and won’t rest until the animal is back in their arms.”

To prevent disputes, some couples write “pet nups.” The agreements spell out custody, visitation and financial support should they break up.

“The law and legal system are increasingly reflecting what many of us already know, that cats and other companion animals are members of our families,” says Cristina Stella, an attorney with the Animal Legal Defense Fund. “When partners dispute who should take custody of a cat during a breakup or divorce, courts can consider which partner is better able to provide for the cat’s overall well-being beyond just who paid for them or their expenses.”

Experts say the expansion of animal law is reflective of people’s devotion to their pets. Owners are paying new breeds of attorneys trained to take on tough cases.

“The growth has been exponential, especially in the last decade,” says Professor Kathy Hessler, director of the Animal Law Clinic at Lewis and Clark Law School. “In 2008, we were the only animal program at a law school, and now there’s maybe a dozen in the United States.”

Animal-related lawsuits are now appearing in courtrooms across the country. Attorney Thompson Page, co-founder of The Center for Animal Litigation, says each time a lawyer wins a case, it helps create precedent and advance animal law. “There’s a growing awareness of the value of these animals in the law, but the law has to catch up to the point that animal owners and the animals are recognized with rights and protections,” he says.

Some states will appoint cat lawyers

Some states are recognizing animals’ rights. For example, in 2016, Connecticut passed groundbreaking legislation that allows courts to appoint attorneys as pro bono advocates for animals, usually cats and dogs, in abuse cases.
It’s known as “Desmond’s Law,” named after a dog, Desmond, who was brutally killed by his owner. Many Connecticut voters felt the judge in the case did not properly assess the seriousness of the crime because there was no one in court to advocate for the victim. The state’s legislature agreed. Abused animals now have a voice in legal proceedings.

Attorney Ken Bernhard has served as an advocate in four cruelty cases. After each defendant was found guilty, Ken assisted the court in assessing an appropriate sentence. “Abuse in any form should be discouraged, criminalized and punished,” he says. “People who perpetrate cruelty are criminals. Their victims deserve to be heard, even those who cannot speak for themselves.” 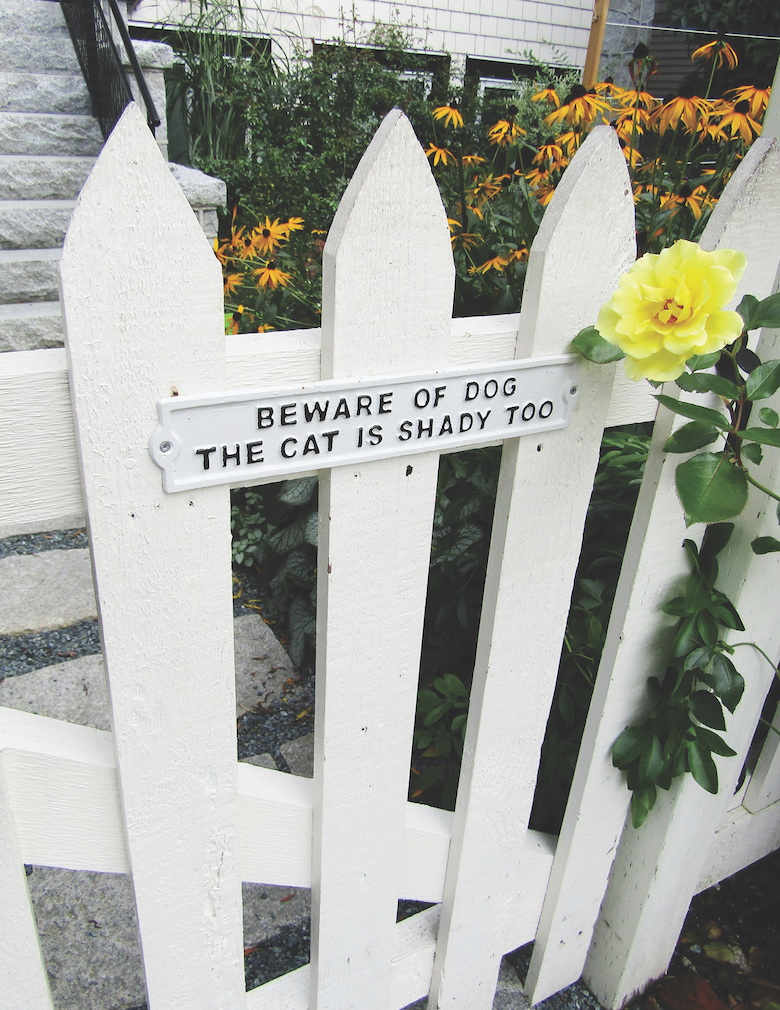 While cases don’t usually make headlines, when cats injure people, their owners can be held responsible.

“Cat bites differ from dog bites in several significant ways but still occasionally need a lawyer to get them out of trouble,” attorney David Reischer says.

In one of David’s cases, the resident cat scratched a baby’s eye while the child was visiting. Neither the cat’s owners nor the child’s parents saw exactly what happened.

“There were no special damages, disfigurement or permanent eye loss to the baby,” David says. “There were significant medical bills, and the contributory negligence of the parents to care for the baby and the cat owner to watch over the cat were all relevant factors. The case was settled for the cost of the medical bills.”

“If cats do pull off a caper, they’re better at the getaway,” Jeremy says. “Maybe it’s because a cat is great at running away fast and hiding, and dogs are more visible.”

Read Next: How to Make Your Cat Your Workout Buddy

Cat Came into Woman’s Life with Her Kittens After Years on the Streets, and Decided to Stay Forever
Kitten that Hops Like a Bunny, Turns into the Happiest Cat with Endearing Personality
Forget CORONA, here are FUNNY ANIMALS! 🐶 🐱🐴😂
Kitten Who Has Strong Will to Live, is Determined to Do Everything Just Like Any Other Cat
Kitten Came Back to Woman Who Was Kind to Her and Moved Right into Her House